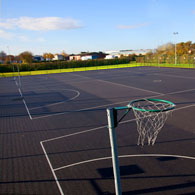 Remind yourself of the rules and how we format our leagues with this useful printable rules guide.
find out more

10 reasons you will love playing in our Netball Leeds Leagues

Are you looking for a way to get back into netball in Leeds? Have you not played netball since school? GO Mammoth has the answer.

“It’s great to be back in the game!!” Emma rated Go Mammoth 5 stars