Haven't played netball for a while and looking to get back into the sport? Check out our three step basic shot technique video. 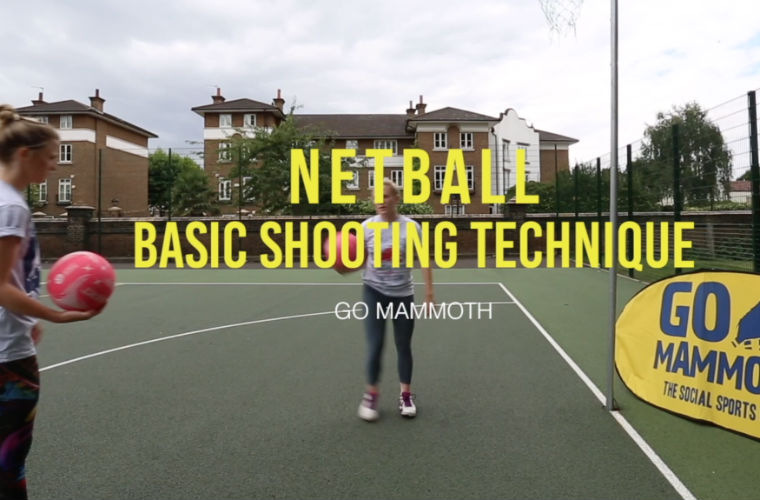 If you’re looking to get back into the sport or are looking to play the game for the first time, check out our guide to basic netball shooting technique:

Get your goalpost in your line of sight. and ensure your body is balanced before you shoot – ensure your feet are roughly shoulder length apart and pare pointing toward the post.

Your dominant hand will be doing the shooting and your other one will be balancing the ball. Steady the ball with your weaker hand and place the dominant one slightly underneath with fingertips under the ball.

The power from your shot will come from the spring of your body as it elevates upwards from a slightly crouched position. With your feet shoulder width apart, bend your knees and point the ball toward the net, while keeping your head up and your eyes at the goal net.

Keeping your eyes toward the goal net, Bring your hands alongside your head, then, before simultaneously springing your knees upward while moving your hands forward and up toward the net. Using your wrists, ensure the ball is flicked from your hand, at the point when your legs are straightened – this will give the ball a bit of backspin, which may work in your favour if the ball bounces on the edge of the goal ring.

Hopefully, with practice, the majority of the shots will go straight in! But always be alert for a rebound, as you may find yourself with a second chance at scoring.