5 Reasons Why Playing Netball Will Improve Your Working Week

Playing netball once a week will quickly transform your working week for the better. Here's why... 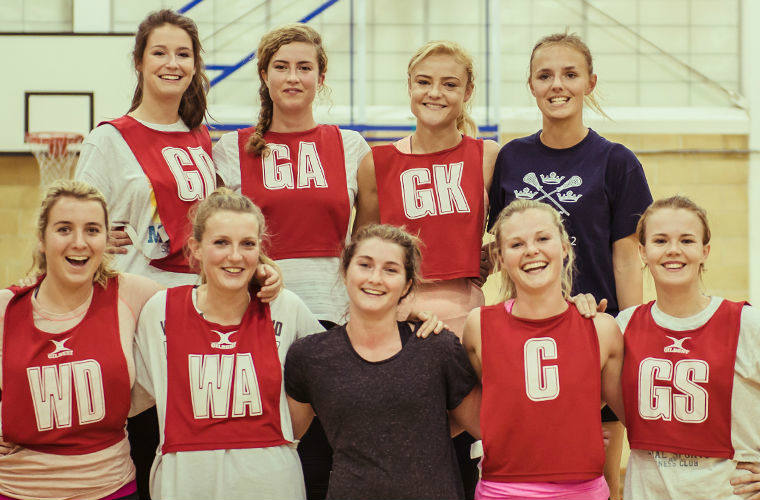 We asked our GO Mammoth netball team why playing netball improves their day to day life at work. So if you’re thinking about playing netball for the first time or getting back into it, take a little look at this:

“I hate the first couple of weeks back in the office after Christmas, as I struggle to keep focus on my day-to-day tasks; this is a big problem for my role as I have to book the umpires for all of our leagues. Getting back out on the netball court after Christmas not only gets my fitness levels back toward they want to be and undoubtedly improves my ability to concentrate on hitting my targets at work .” Bridget Dowling – Reps Manager

Discover & Share this Cat GIF with everyone you know. GIPHY is how you search, share, discover, and create GIFs.

“Struggle with sleeping? Play netball. It’s a game that tires your brain as well as your body. I play netball three times a week and as soon as my head hits my pillow, it’s always light out.” Josie Knight – Member Services Manager

3) Playing netball regularly will lift your mood at work

“Let’s be honest for a moment. The workplace will always be a stressful environment. But I definitely feel that since playing netball once a week, I generally have a more positive outlook during my 9-5. When I play netball on a Wednesday night, Thursdays are always a good day for me.” Kitty Ayling – Operations Manager

Discover & Share this Cat GIF with everyone you know. GIPHY is how you search, share, discover, and create GIFs.

“Our GO Mammoth team play netball every Wednesday night. Apart from being a lot of fun, it gives each of us the opportunity to socialise with colleagues that we don’t often work with closely on a daily basis. I definitely feel playing netball helps me work more effectively with my colleagues in the office. ”  Hannah Lambert – Operations

Discover & Share this Hillary Clinton GIF with everyone you know. GIPHY is how you search, share, discover, and create GIFs.

5) Playing netball regularly will give you an excuse to get out of work on time!

“Okay okay so we work at GO Mammoth, so if we didn’t leave work to arrive for our netball games on time, it would look pretty bad on us! But I believe it’s important to maintain a good work/life balance – having a regular activity in your weekly schedule such as netball will help give you the impetus to get out of work on time.” Sam Stevenson – Member Services
Mic GIF – Find & Share on GIPHY