The 8 professional netball players you must follow on social media

Despite being the most popular female sport in the UK, netball doesn’t always get the TV coverage it deserves. Luckily you can get all your netball news and inspiration online via the social media accounts of the world’s best players. 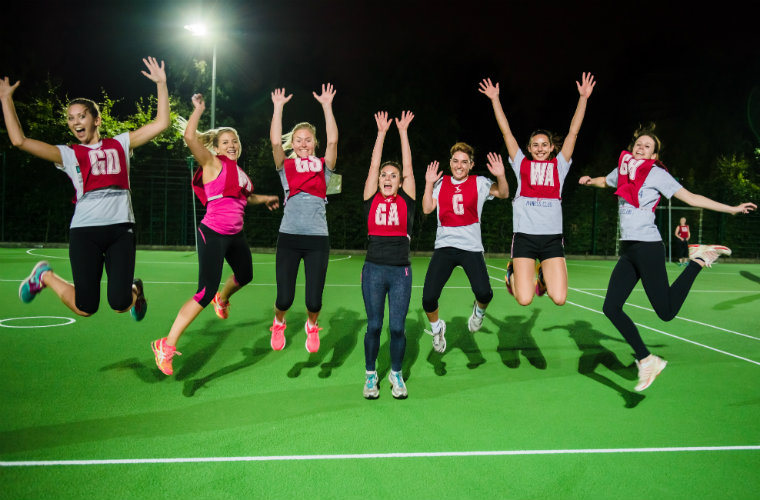 Despite being the most popular female sport in the UK, netball doesn’t always get the TV coverage it deserves. Luckily you can get all your netball news and inspiration online via the social media accounts of the world’s best players. Here are 8 suggestions to get you started:

Tamsin Greenway is a recently retired England WA and Surrey Storm player/coach. She’s now become the director of new Superleague franchise Wasps, as well as being the go-to netball spokesperson for Sky Sports in the UK.

Follow her for: Weekly drills to try and news on this year’s Superleague.

#mondaychallenge time to get dizzy….????

If Twitter is anything to go by, Sharni Layton is the Aussie netballer with the most fans in the UK – she’s known for her distinctive, passionate style of play. She and some other members of the Australian netball team have recently signed a deal with Samsung and are filming loads of genuinely inspirational videos.

Follow her for: Photoshoots with the Australian Diamonds and general ‘life of an international netball player’.

England netball star and ‘best WD in the world’, Serena Guthrie spent the last year playing for the Northern Mystics in Auckland. She has just signed for new Sydney franchise Giants along with England teammate Jo Harten.

Follow her for: Awesome diving photos and general holiday inspiration.

New Zealand’s golden girl GA is sponsored by Adidas and has over 60k followers on Instagram. She’s a proper celeb in New Zealand and is blazing a trail for other netball players in terms of press coverage and sponsorship.

Caitlin Bassett is an Aussie netball player and ‘best GS in the world’ (think Aiken would have something to say about that). She’s on the Samsung Role Models roster along with Sharni Layton – check out her vid here.

Follow her for: High quality photos from Samsung and pictures of her pets.

Romelda Aiken is the star GS for Jamaica and Queensland Firebirds. She provides us with some of the best GIF content at Netball Squad because of her huge jumps and brilliant catches.

Another of the England Netball team heading to Australia for the new season, Helen Housby is one of England’s rising stars. She’s signed to the New South Wales Swifts as part of the new-look Aussie netball league.

Follow her for: an insight into the life of a 21-year old heading down under for the first time.

The Colonel and his chickens ?? Epic weekend at @bournemouth7s with this lot??

Follow her for: Netball fitness inspiration and wanderlust-inducing shots of the beach.

More articles from Netball Squad below:

The 5 most complex netball rules explained