The 5 Most Complex Netball Rules Explained

Here's a handy explanation of 5 of the most complicated netball rules to give you a head start when you next step on court. 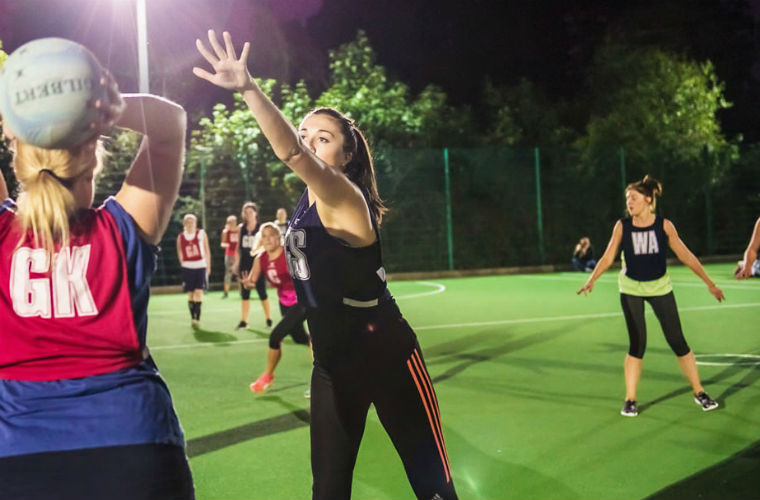 When you first start playing netball the rules can seem really complicated. They’ll be second nature before long, but we’re giving you a head start by breaking down 5 of the most complicated netball rules to help you better understand and enjoy the sport.

It’s always so frustrating to get called for a short pass. You basically have to have enough room to fit a defender between you and your teammate every time you pass the ball – I guess the logic is that otherwise you’d be able to just line up and hand the ball to each other down the court. Another thing to watch out for is catching the ball at the same time as one of your teammates – it can count as a pass.

Look – two whole defenders can fit in the space between this pass!

How to avoid getting called: Make sure that you pass the ball with plenty of space between you and your teammate.

Ever wonder why everyone runs back to their centre pass positions after a goal has been scored? If you’re not back behind the line before the centre steps into the circle, you’re delaying play. The centre can’t wait for you either – if they don’t jog straight to the circle, they’ll get called for delaying play.

How to avoid getting called: Run straight back to your starting position as soon as a goal is scored.

In school you learn that you can’t move with the ball, but that isn’t really the case. The rule actually is that you can’t put your landing foot back down. This means that you can do a kind of triple-jump move where you jump to catch the ball, then take two steps and pass on the run.

Check out this demo from England WD Serena Guthrie – totally within the rules:

How to avoid getting called: Remember which one your landing foot is when you catch the ball (if you landed on both feet at the same time, you get to choose!).

There are lots of ways you can get called for obstruction, but the one that can be most confusing is the ‘natural body position’ rule. The aim is trying to stop you restricting someone else’s movement with your arms. In practice it means that when you’re marking close to your player your arms have to be close-ish to your sides.

How to avoid getting called: Focus on defending without lifting your arms up to the side.

Everyone knows you can’t bounce the ball in netball like you do in basketball, but you might have seen people do something similar and wondered why the umpire didn’t pull them up. The general rule is that you can’t pick up the ball again after you’ve been in control of it – so if you tap it and then pick it back up that’s fine, but if you grab it with both hands, drop it and pick it back up then that’s replayed.

Thompson probably would have been allowed to pick this back up if she hadn’t gone offside.

How to avoid getting called: If you drop the ball after properly catching it, leave it for a teammate to pick up.